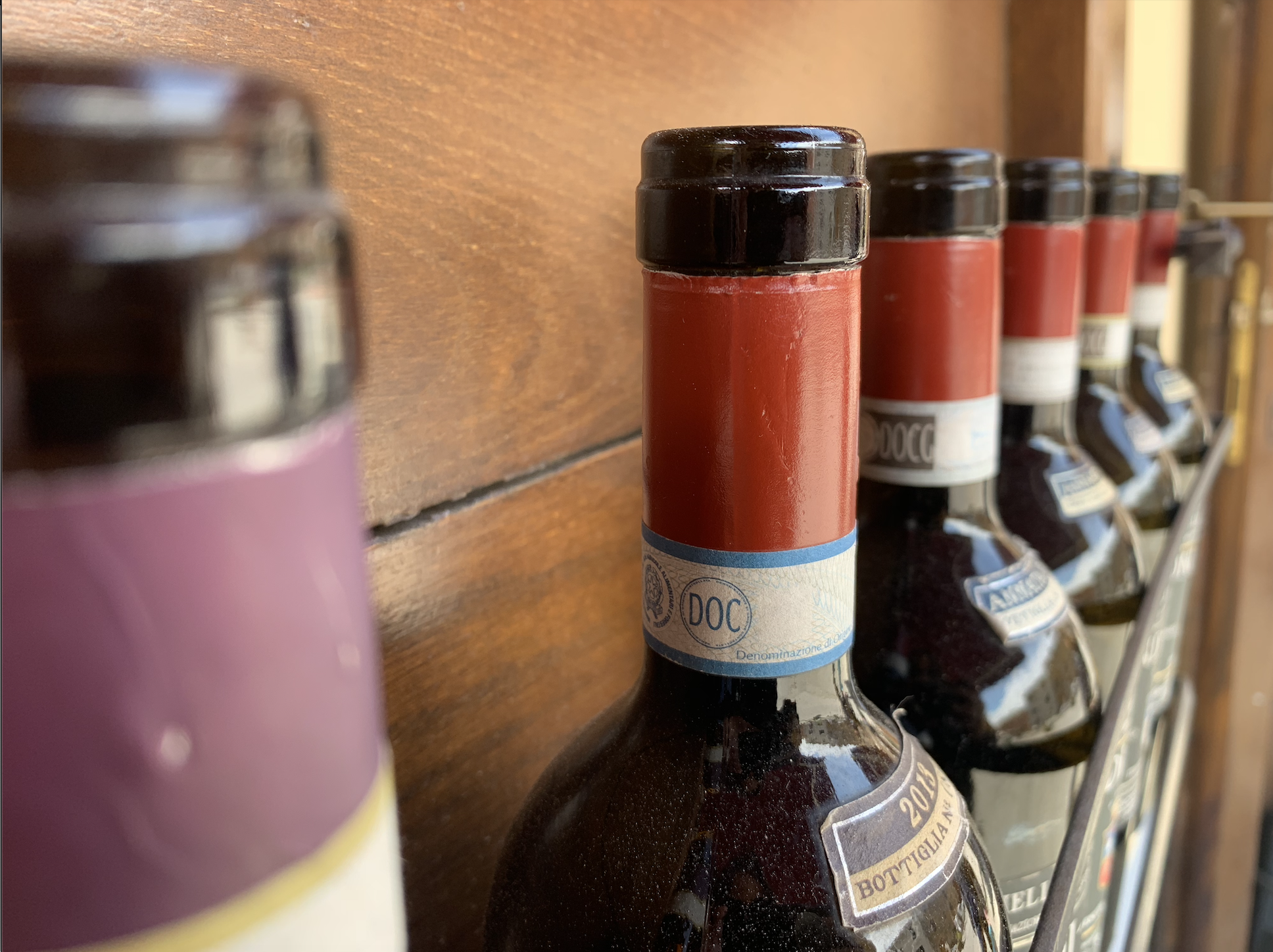 Inside the warming vineyards of Tuscany, an industry is changing

Through winding roads and rolling hills a landscape that has captured the hearts of tourists and locals alike emerges. Small villages appear tucked away in valleys and standing guard on top of hills, bringing the postcard-perfect image of Tuscany to life.

The city of Florence—one of Italy’s most popular tourist destinations—is situated in the north-eastern section of the region. Yet, the contrast in landscape and feel compared to the smaller villages is unmistakable. In each of these villages you are sure to find cobblestone streets, towering cypress trees and expansive vineyards.

Growing in these vineyards are grapes that produce the trademark wine of the region. The grapes are dependent on the climate to ripen and sweeten just right throughout the year. However, the typical Tuscan landscape and its grapes may not be viable forever. As the world’s climate is changing, so is the way wine is being produced.

This can mean trouble for the long, proud history of Tuscan vineyards.

The hillsides typical of Tuscany were, for centuries, ideal for growing grapes that need direct sunlight. Thanks to ideal growing conditions and a booming industry, wine has cemented itself as a part of Tuscan culture and identity.

However, the hills of Tuscany are heating up faster and earlier in the year. The ground can be drier, and the grapes are receiving more warmth than in decades past. The result is a changing wine industry grappling with the effects of a changing environment.

A study published by the National Academy of Sciences forecasts a sharp decline in wine production from premier wine regions, as grapes will be harder to grow as temperatures continually increase. The study looked at the Bordeaux and Rhone regions of France, Napa Valley in California, Chile and Tuscany.

“All the crops, and the way the wine tastes is going to change,” says Florence resident and wine enthusiast Cristian Manole. He says that in his studies to become a certified sommelier, the topic of how climate change effects wine is a large component. “It’s a huge topic right now,” Manole says.

Wine grapes are a very sensitive crop, known to be disturbed by subtle shifts in temperature or precipitation, Manole explains. With increasing temperatures and drier conditions, the grapes used for red wine become sweeter, and more alcoholic.

Although the National Academy of Sciences predicts a shakeup of wine growing regions around the world, the most dramatic effects are expected to hit Europe. Scientists forecast an 85% decrease in production in Bordeaux, Rhone and Tuscany.

This is not welcome news for many wine makers in Tuscany, who rely on the Sangiovese grape—a finicky crop that does not do well in warming temperatures.

Vineyards can take precautions to limit the effects of a changing climate on their crops, such as increasing how much they’re misting their grapes, or using a cover to prevent the grapes from getting too much sun.

“It’s sad because some of these wines are really amazing products, and we’re not going to have them in the future,” says Manole.

One such product at risk of developing new flavours through climate change is Brunello di Montalcino. This wine is produced 80-kilometres from Florence, in the hill town of Montalcino.

Montalcino has one of the warmest and driest climates in Tuscany, making their grapes ripen up to a week earlier than in nearby towns. However, according to Lucia Ciacci of the Padelletti Winery, their harvest time is coming even earlier each year.

“Before, they used to harvest in October, now it’s early September,” says Ciacci. She explains that these days the winery uses satellite imagery to know when to harvest. This keeps them aware of how all the grapes are ripening, and prevents them from leaving the Sangiovese on the vine too long.

Ciacci says the modern technology is helping them keep ahead of the surprises a changing climate can throw at them.

Padelletti is a small winery, with a vineyard that takes up only 5 hectares of space. The tasting room Ciacci works from is a couple centuries old, and still belongs to the same family.

“After 27 generations, you want to keep the quality of the family name,” says Ciacci.

The vineyards of Montalcino are sun-drenched, which allows the crops to flourish. Too much sun however, and the wine the grapes can take on a whole new flavour.

“The grape develops more sugar from higher temperatures, and the wine is higher in alcohol because it’s the sugar that turns into the alcohol,” says Ciacci.

Although the quality of the grape is changing, Manole says only time will tell if the change makes a positive or negative impact on the taste of the wine.

“We’re going to have to wait and see if the taste change is going to be for the better of for the worst, because you never know how that year is going to taste. Only two years after the wine comes out can you say, for example, ‘oh 2000 was a good year’, because you can’t tell at the time if it’s going to be good,” says Manole.

Manole says he does not doubt that the way Tuscany produces wine is changing, and will only experience further changes as the climate continues to warm. “With the climate changing, a lot of people will have to change their timing,” he says.

Ciacci says it can be harder for a small winery like Padelletti to adapt to the changing conditions. It’s a full-time, year-round job to study the grapes and how they are ripening.

“It’s a big process and you need a special person to do this,” says Ciacci. “Especially in a small winery like Padelletti, the flavour depends a lot on the quality of the grape. In a big winery, sometimes the taste is standard because the winemaker they work with uses special, modern techniques to make the same wine every year,” she continues.

A drought-stricken Italy has already faced some challenges. In 2017, a heat wave named ‘Lucifer’ was blamed for reduced yields of Franciacorta sparkling wine. Droughts and unfamiliar heat make the harvests shorter and the yields smaller.

In a study by NASA and Harvard University that examined harvesting dates in Europe from 1600 to 2007, researchers discovered harvests happened dramatically earlier during the latter half of the 20th century.

Although some changes in the flavour of wine happen each year as every harvest is slightly different, the study published in the National Academy of Sciences reports the changing of the grape growing season is going to produce unprecedented changes. The report predicts that areas suitable for viticulture will decrease by 25% to 73% in major wine regions by 2050.

“I know a lot of wineries are using old recipes, and a lot of the wineries are experiencing these changes in the climate. Now they have to figure out what the best resource to deal with a changing climate is,” says Manole.

“With harvests changing it is getting harder,” says Ciacci, “but the wine makers can work hard.”

As the earth warms, the rolling hills of Tuscany feel the effects. The rows upon rows of vineyards bake in the heat, and the grapes turn red faster.

From the top of Montalcino, one can see vast stretches of green and the rolling rows of vineyards. It is in these beautiful hills and charming cellars that the effects of climate change are going to make themselves apparent.

With smaller yields and different flavours, the traditional Tuscan wine industry is changing. The heat is turning a wine-lover’s paradise into an area with an unknown future and many challenges to overcome.